Posted by EDCskincare.com on 6/6/2012 to Sensitive Skin

According to surveys, 50 to 60 percent of the world’s population claim to have sensitive skin. Many say they have sensitive skin because they often experience burning, stinging, redness or itching sensations after using certain skincare products and cosmetics, or during climate and environmental changes. Therefore, for people with sensitive skin, it is a continual quest to find the best skincare products that exert maximum beneficial effects, yet can avoid triggering unwanted allergic reactions.

For people with sensitive skin, we recommend two skin care brands originating from France, Avene and La Roche-Posay. These two brands have an important factor in common, which is the use of French thermal spring water in their products. In fact, these two brands even have similar histories, that being two horses with skin diseases which were miraculously cured after drinking and plunging into the waters of the thermal springs. 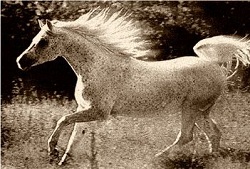 For La Roche-Posay, the legend is that Bertrand Du Guesclin, a high constable under the reign of Charles V, discovered the La Roche-Posay springs on his way home from Spain at the end of the 14th century. His horse, which suffered from eczema, plunged into the water and came out cured. The village of La Roche-Posay is in the region of La Vienne, located in the center of France.

For Avene, the legend began in 1736, when the medical quality of the Saint Odile spring was discovered in the town of Avene located in the southwest of France in the Languedoc-Roussillon region. In this legend, Marquis of Rocozels’s horse was turned loose to roam the Black Mountains in the southwest of France due to severe skin disease. The horse found the thermal spring near Avene, and after drinking and rolling in its waters, the horse's skin disease was also completely cured.

From Legends Into Legendary Skincare Laboratories, Brands, and Products 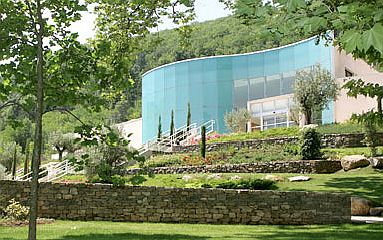 At both La Roche-Posay and Avene, thermal spring facilities were then built, with the intention of treating patients suffering from eczema, atopic dermatitis, rosacea and burns. The reputation of the soothing and treatment effects of the thermal spring waters from these two regions grew, and eventually hydrotherapy centers and laboratories were constructed at these sites in order to research these waters further. Over time, the two brands, La Roche-Posay and Avene were established, each now with full lines of skincare products that include the thermal spring waters from each region as the key beneficial ingredient for sensitive skin.

The brand and skincare lines often recommended by skin care experts and dermatologists are La Roche-Posay Lipikar for the body, and La Roche-Posay Toleriane for facial skin. All products from these lines have soothing effects on irritated skin, and with continued use, can help treat and prevent symptoms of skin allergies.

Also highly recommended are Avene TriAcneal, which is powerful enough to deep clean the skin and reduce acne-causing bacteria, yet gentle enough on even the most sensitive skins, and Avene Redness Relief Soothing Cream SPF 25, especially designed to reduce skin redness and protect the skin from the sun’s harmful rays.

Both of these brands offer effective sunscreen products as well as multi-tasking creams and compacts that provide both sun protection as well as lovely tinted colors; for example, the La Roche-Posay Anthelios and Avene Sun Care product lines. Given the clinically proven soothing and healing powers of the French thermal spring water, it is no surprise that dermatologists worldwide recommend these two brands for sensitive skin conditions. In fact, La Roche-Posay is the number 1 dermatologist recommended skincare brand in Europe, and Avene has won countless awards for its sensitive skin products, including the 2011 Allure Best of Beauty Award for its highly acclaimed Avene Cream for Intolerant Skin.

Thank goodness for the horses who discovered these miraculous thermal spring waters!