BB creams (also known as Blemish Balm or Beauty Balm) have taken the makeup world by storm in recent years. Its popularity began in Southeast Asia, and has since begun to enter Western markets as well. BB cream was first formulated by the German dermatologist Dr. Christine Schrammek in the 1950s, when she created a healing ointment for her patients' sensitive skins after laser peel treatments. Dr. Schrammek discovered that other than having potent healing and soothing effects on scarred skin, the cream also promoted skin regeneration as well as sufficiently covered redness. Thus, BB cream was commercialized and began selling as the Blemish Balm or Beauty Balm. 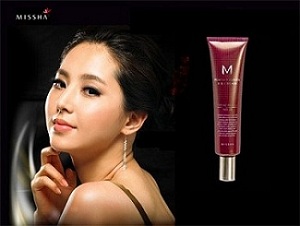 The miraculous BB cream was first exported to South Korea in the 1980s, where it rapidly gained huge acclaim from Korean celebrities for its beautifying effects and ability to create flawless, porcelain skin. Since then, it has become one of the most popular makeup items in Southeast Asia, especially in South Korea, where sales of BB creams make up a grand total of 13% of the cosmetics market sector.

In US and Europe, companies began to launch BB creams in 2011, and, at present, there are already more than a handful of well-known brands that offer their own BB creams.

The main qualities of BB creams are their anti-inflammatory and soothing properties. And, with ever more companies launching their own BB Cream formulations, BB creams are becoming more diverse and now offer much more skincare benefits than before, including better hydration, higher sunscreen protection, acne treatment, anti-aging properties, better coverage, better skin texture, more even skin tone, and more.

Today, BB creams are well-known as multi-functioning creams that provide a good base for makeup like a makeup primer, evens out complexion like a tinted moisturizer or light-weight foundation, and hides minor blemishes and redness like a concealer. It also acts like a moisturizing day cream to hydrate your skin and brightens the skin to leave a radiant complexion, while offering additional skincare treatment effects as well as being soothing and anti-inflammatory, so can be used by people with sensitive skin or Rosacea. On top of it all, almost all BB creams come with UV protection. All these functions combined into one cream means that there is no longer any need to apply layers of moisturizer, primer, foundation, makeup, powder and sunscreen which means a lot of time, not to mention money, can be saved. 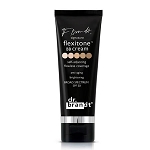 For example, the highly acclaimed Dr. Brandt Flaws No More Flexitone BB Cream contains Lysophospholipids and Perilla Oil for minimizing lines and wrinkles, Avobenzone, Octisalate and Oxybenzon for SPF 30 protection against harmful UVA/UVB rays, Glycerin for lasting hydration, and Flexitone for evening and brightening complexion. Dr. Brandt's signature Flexitone technology seamlessly blends colors to match a wide range of skin tones, helping to create natural-looking, yet flawless skin coverage and complexion. In fact, 99.8% of users reported more even skin tone from noticeable to extremely noticeable improvement. Equally importantly, Dr. Brandt Flaws No More Flexitone BB Cream SPF 30 is suitable for use on all skin types, and it can be worn alone or with other makeup.

The BB Cream Evolution Is Leading Towards a Skincare Revolution

The popularity of BB creams in Western countries also appears to be rapidly increasing, as more and more makeup and skincare brands launch their own BB creams. If BB creams live up to their promise of delivering top quality multi-functioning benefits, they may eventually revolutionize the world of skincare and cosmetics.